Hi again... yet another IT article on the way.
Today I'm going to summarize on this article all my config snippets and notes that I gathered as I struggled to setup VPN tunnels from CISCO routers against a Debian virtual routers running StrongSwan.

To my taste, CISCO IPsec VPN, when compared with OpenVPN, is way too complex to setup, somehow troublesome or unstable, and definitely not as flexible... but Cisco is Cisco, and the ability to stablish VPN tunnels between Cisco devices and Debian virtual routers became a must.

The example, configuration and snippets I'll share here are the ones that allowed me to 'break through', to get 'something that just works', from where eventually evolve into more complex or specific setups where needed.
So, consider this when facing a real scenario, due to the extreme simplicity of this setup...

So, essentially, what I'm going to show here is how to create an IPSec tunnel, between a local/branch office/home office Cisco router (the labs were done with 1841 and 2801 routers running IOS 12.4) and a virtual Debian router, running at the datacenter, allowing me to interconnect the local LAN with the remote virtual/physical resources, in the most simple way (that I'm aware of): through a pre-shared key.
Sure, there're way better, way more modern, secure (and waaaay expensive) ways to do all this with todays Cisco stuff ... but we do also can switch to Debian and use OpenVPN ;-)

For the sake of better understanding the configuration files, let's first put in place some asserts about the situation:

Some points about Strongswan/IPSec setup

OK, let's suppose that, like me, after using GUI based routers such as pfSense to handle IPSec connections, we do not know anything about Strongswan/IPSec setup mechanics... if so, the following advices may certainly help you, if not, you may entirelly omit this section of the article :-) ... here we go:

OK... that's enough I think ... Neverthless, I would add some comments within this example configuration file, but, altoghether, I think that all toghether may make the whole picture clearer... let's see how it looks!

Setting up Debian Router side

First install Strongswan package with apt, so every needed dependency is automatically installed... you guessed it

And now let's go for te configuration.
As pointed earlier, the configuration takes place at /etc/ipsec.conf, most of it consist of connection definitions, that start with the conn word, along with some general settings... here we go:

Ok, that was enough for this very basic setup (but also gives an idea on how this technology can get really tricky to setup when a mix of more demanding specifications are needed in different connections).

Now let's take a look to the /etc/ipsec.secrets file.
It basically depicts a kind of map of id-to-id pre-shared key assignment:

That's it...
Essentially, connections against a single remote router do share the same PSK, by reusing the same leftid, that's why only two lines are enough for three conns.
Cisco router at site-one will have to be configured with 'SECRETONE' as PSK, whilst site-two Cisco router will have to be configured with 'SECRETTWO'.
So let's jump onto Cisco part of the game...

Setting up Cisco Router side

Ok, since, essentially, both configurations on Cisco routers are the same, I'll depict only one, the one for site-one, just because due to the fact that it tunnels two local subnets.

I'll split the configuration in sections, to explain them better, and note that here I will not deal with anything unrelated to the actual IPSec tunneling topic...

So, let's dive into configuration details.

First, just by appearance in Cisco start/run config, I'll mention that we need to have hostname and domain set up on the routers, since they'll be used as peer id during PSK handshake.
So, r1, at site-one, will include the following within its config:

Next comes the bulk of IPSec related configuration.
First we are defining the usage of PSK as policy for isakmp, along with defining a pre-shared key to use when connecting against 1.2.3.4 (our debian-router IP) along with some isakmp settings.
A ciphering suite is defined after this.
And finally, we setup a crypto map, named 'debianRouterVPN', that will be afterwards assigned to the WAN router interface.
Note how we define 1.2.3.4 as peer, we select the created transform set, and we declare which ACL (ACL 111 in the example) will this map use to discriminate which traffic passing through the afected interface will be intercepted and undergo tunneling.

Next step is to assign the crypto map to the interesting interface.
Here I depict as a WAN interface a Dialer0 interface.

Now, at this point, although the configuration, from the IPSec perspective, is complete, in a typical scenario where the router is our gateway towards the internet for the local LANs, we would find this setup is still no working.... why? ... because of NAT.

Since this router is acting as the branch gateway, any traffic forwarded from the LANs to the Internet through the WAN interface has its source IP address changed by the router's WAN interface IP address, and this happens BEFORE ACL 111 is applied... so, it never matches!
To avoid this we have to tune the ACL that rules NAT/overload to never match (and thus trigger natting) the traffic we intend to tunnel.
So, if our r1 router at site-one has this very typical NAT rule:

Then, in the NAT ACL (numbered ACL 101 in this example), we will explicty deny our target traffic:

Note that, comparing NAT ACL 101 with crypto ACL 111, since NAT happens as traffic goes LAN to WAN (ip nat inside / ip nat outside), only the traffic from local LANs towards remote LANs has to be rejected, while on the crypto ACL 111, both to/from traffic had to be specified for tunneling in/out.

And that's it for the day... I found tricky to combine all this with Cisco DynDNS implementation and Zone Based Firewall... but once get it correctly set up, it works consistently and is a quite good starting point.
Hope someone finds this useful!

Hello World ... back again... but it is more than three months since my last article!!! 2018 was very very hard to finish, with dad passing away :-( , being in the middle of my degree ending project and with lots of projects opened at job, the level of stress bring me

Hi again mighty Planet! Today I'm going to add yet another article on the series about Debian based Router/firewall systems (or how my weekends are truly weekends since I switched from GUI based routers back to plain old Linux/Debian routers where CISCO hardware is not an option) This 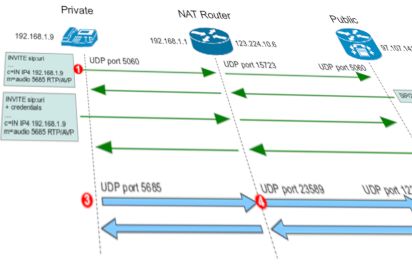 Hi again world ... two months without writing a single article... my notes are piling up ... no holidays, commited to my CFGS final project, now CCNP Route joins the party ... I really need a breathe... But here we are!!! Today I'm going to share a very short one! but one that